Trip to Tel Nof Air Base 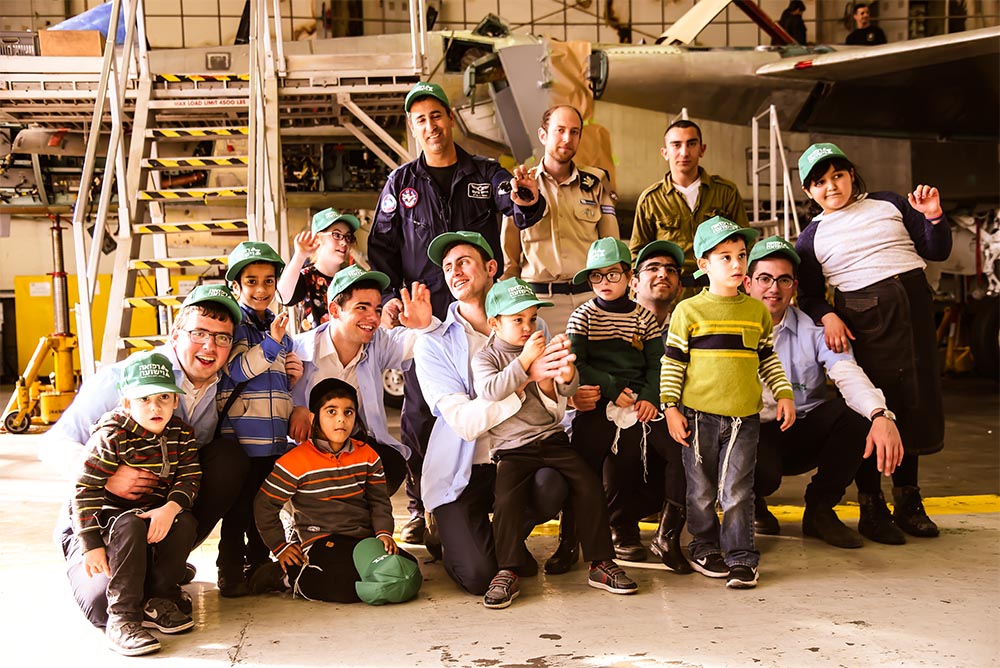 Trip to Tel Nof Air Base

A group of a dozen Project Refuah members were treated to an exclusive tour of the Tel Nof Air Force Base near Rechovot. The children and their volunteers received a tour of the base and the aircraft hangar where they saw all sorts of fighter jets and helicopters and watched technicians repair aircraft. They then enjoyed a military-style lunch together with the base soldiers who interacted with them with much warmth and good cheer. The soldiers and children engaged in a joint art activity and Project Refuah presented the soldiers with decorated plants. They also painted letter posters which ended up forming the words “Fighting & Winning”. The children were even privileged to enter the office of the Base Commander Uri Zeifert and pose with him!

This trip is part of a special program in collaboration with the IDF aimed at exposing our special children to the people who serve our country while promoting social volunteerism among the soldiers. All in all, this trip was an outstanding success! Due to security reasons, only small groups are allowed into the base at a time, but we plan to take different groups every few weeks.

Share on FacebookShare on TwitterShare on Linkedin
Project Refuah